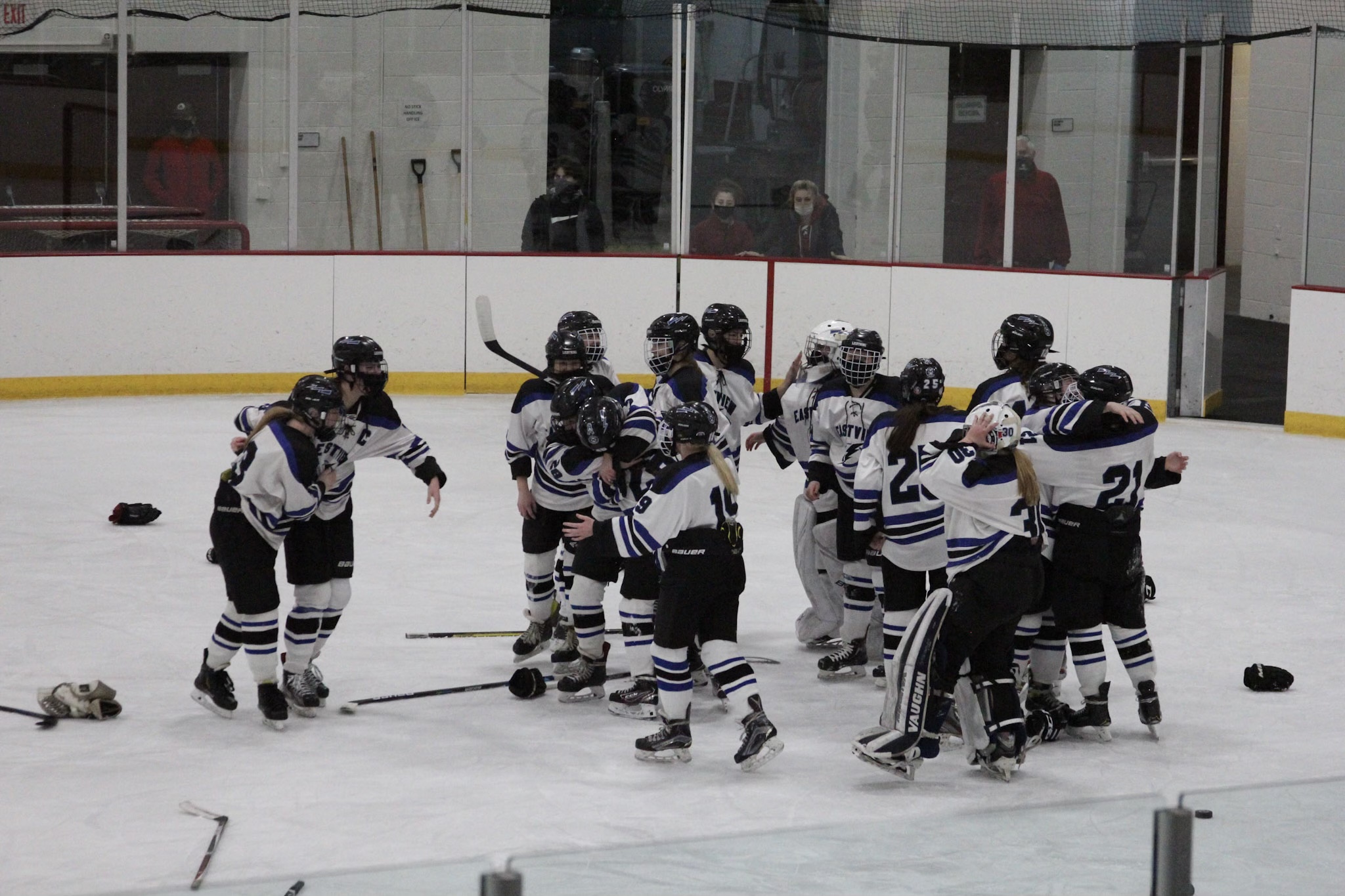 On Saturday, March 20, cross-town rivals Eastview and Apple Valley met with a ticket to the State Tournament on the line. Senior Josie Ellingson and junior Avery Chesek led the way with three points apiece as the Lightning flew past the Eagles 5-1 and earned their first trip to the X since 2017.

The Lightning struck first with one minute left in the opening period. Chesek picked up a loose puck on the side wall in the Apple Valley zone. She moved toward the net and fired a shot the net minder could not handle. Ellingson battled to the front of the goal and pounded the puck home. At the end of one, the score was 1-0 and the shots on goal were 20-11.

The Lightning dominated the second period, outshooting the Eagles 16-1. The pressure resulted in 2 more goals. At 8:12 of the second, junior Nora Stepan stopped an Eagles’ clearing attempt at the blue line and fired a laser at the goal. Senior Lainey Dwinnell deflected the shot just in front of the net and made the score 2-0. Thirty-five seconds later, Ellingson scored again. Senior Mikayla Kelley carried the puck into the Eagles’ zone and left a drop pass for Chesek. Chesek picked up the puck, moved to the net and fired at the goalie. Again, the goalie couldn’t handle the rocket and Ellingson pounced on the rebound to make it 3-0. At the end of 2, the score was 3-0 and the shots were 36-12.

The Eagles got on the board at the 8-minute mark of the third, but Eastview answered with two more goals to salt away the game. At 8:28, Ellingson found senior Chloe Benadum at the right point. Benadum let a wrister fly and beat the Apple Valley goalie up high to make it 4-1. At 14:53, Chesek put one in the empty net to make the final 5-1. Shots on goal were 47-28. Junior Angie Lombardi made 27 saves.

With the win, Eastview claimed the Section 3AA crown and a spot in the State Tournament. The Lightning’s record is 15-4-2.

Next up: Eastview received the #5 seed for the State Tournament and plays #4 Seed Stillwater at 8:00 on Saturday March 27 at the Excel Arena. Let’s Go!! Go Lightning!! #WhyNotUs