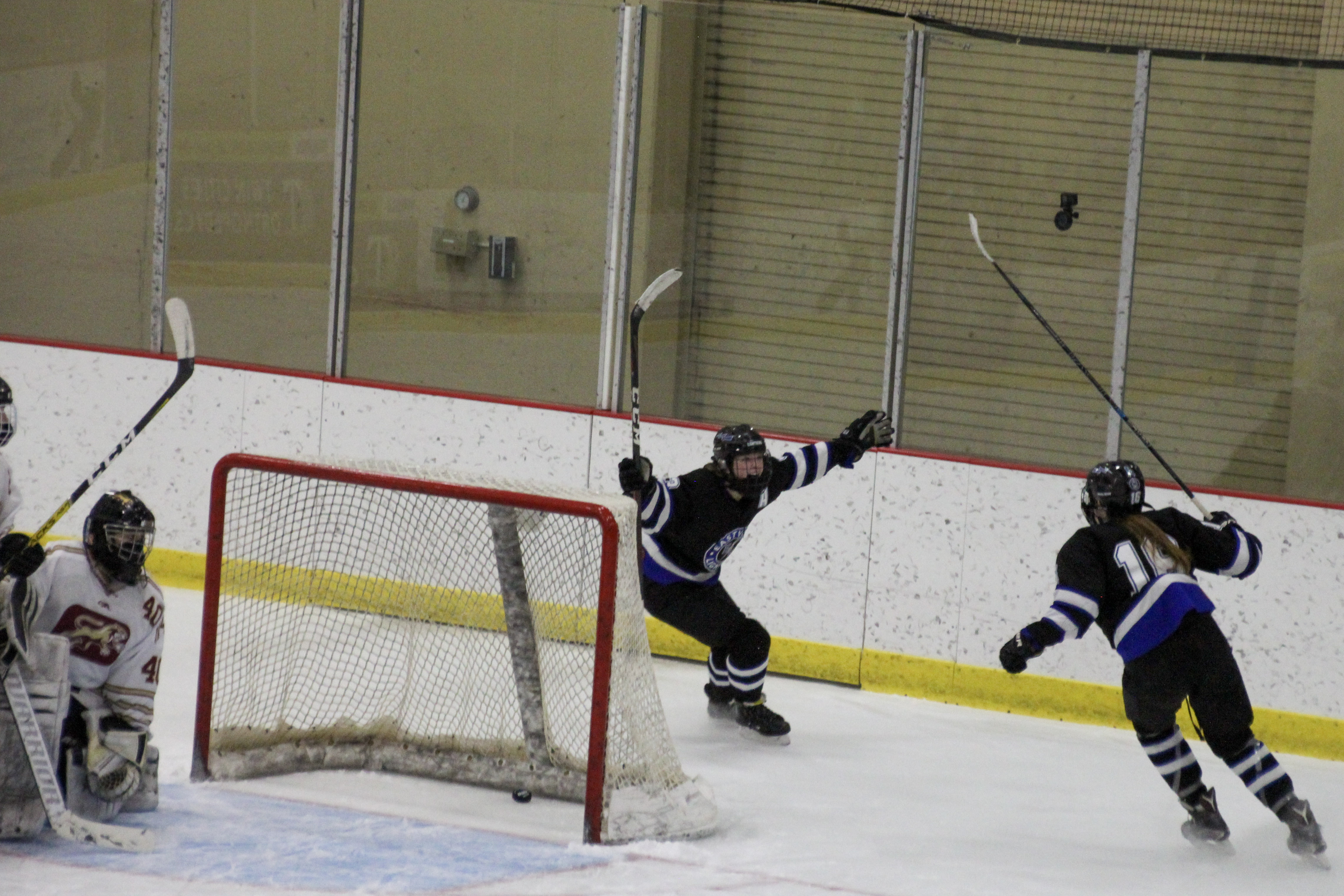 On Tuesday, at Lakeville South’s Hasse arena, the #10 Lightning and #8 Cougars met for the second time this season and the rematch lived up to the teams’ rankings.

South started quickly, putting several shots on goal in the opening minutes, but junior Angie Lombardi kept the Cougars off the board. Eastview countered as the period wore on, but South’s goalie was also up to the task. The period ended 0-0 with the shots on goal at 7-8.

The stalemate continued in the second. The defenses and goalies were strong and the teams went to the third 0-0. Shots on goal were 16-17.

In the third, both teams killed off penalties midway through the period, but South got another power play with less than two minutes remaining. As the clock ticked under 50 seconds, a South wing lined up a slap shot from the right circle. Junior Nora Stepan flew at the shooter and laid out to block the shot. Stepan took the puck in the chest and kept it from the Eastview goal. Regulation ended at 0-0, but the Cougars’ power play carried over to the extra session. Shots on goal were 20-24.

In overtime, the Lightning killed the power play and finished the Cougars seconds later. At :28, Stepan gathered the puck in the Lightning zone and banked a pass off the left boards to junior Avery Chesek at center ice. Chesek sped into the Cougars’ end and beat the goalie low to the far side for the win. Lombardi made huge save after huge save to earn the shutout.

The win moves Eastview’s record to 7-2-1 and a three-way tie for first in the SSC with South and Burnsville. The Lightning swept the season series from South and tied Burnsville 2-2 in their first meeting, which brings us to…

Next up: On Saturday, February 20, the Lightning host the Blaze at 5:00 in another big SSC clash. Let’s Go!! Go Lightning! #WhyNotUs