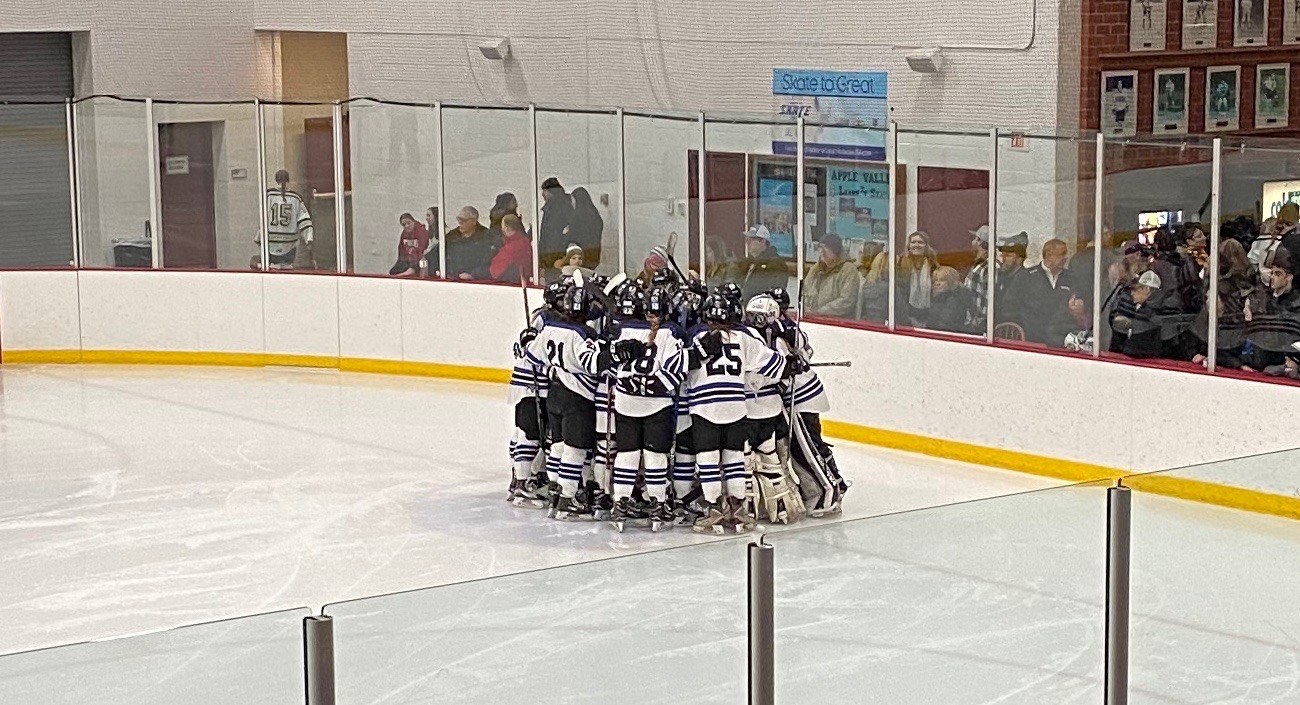 No puck luck for the Lightning. That summarizes the outcome of the section semifinal, a hard-fought 2-3 overtime loss to Burnsville. Lauren Johnson was spectacular in the nets, turning aside 43 Blaze shots.

The Lightning struck quickly, at :12 of the first period. Avery Chesek and Mikayla Kelley executed a perfect two-on-one with Chesek finding Kelley on the edge of the crease for the goal. Nora Stepan assisted, as well. The Lightning hit again at 2:48 when Kelley scored her second of the game. Assists to Chesek and Stepan. The Blaze scored late in the first when Blaze sticks were flying above Johnson’s head and the puck was directed into the net. The period ended 2-1.

There was no scoring in the second and the Lightning were left shaking their heads over a quick whistle that nullified a goal.

At 8:19 of the third, Burnsville tied the score. There were many opportunities for both teams, but the goalies were stout. 2-2 at the end of regulation.

The game ended with more sticks flying in front of the Lightning goal. 2-3.

The season ends with the Lightning’s record at 18-7-2. Thank you to everyone who supported the girls this season. Despite the end, it was a great ride. #ChallengeAccepted Go Lightning!!