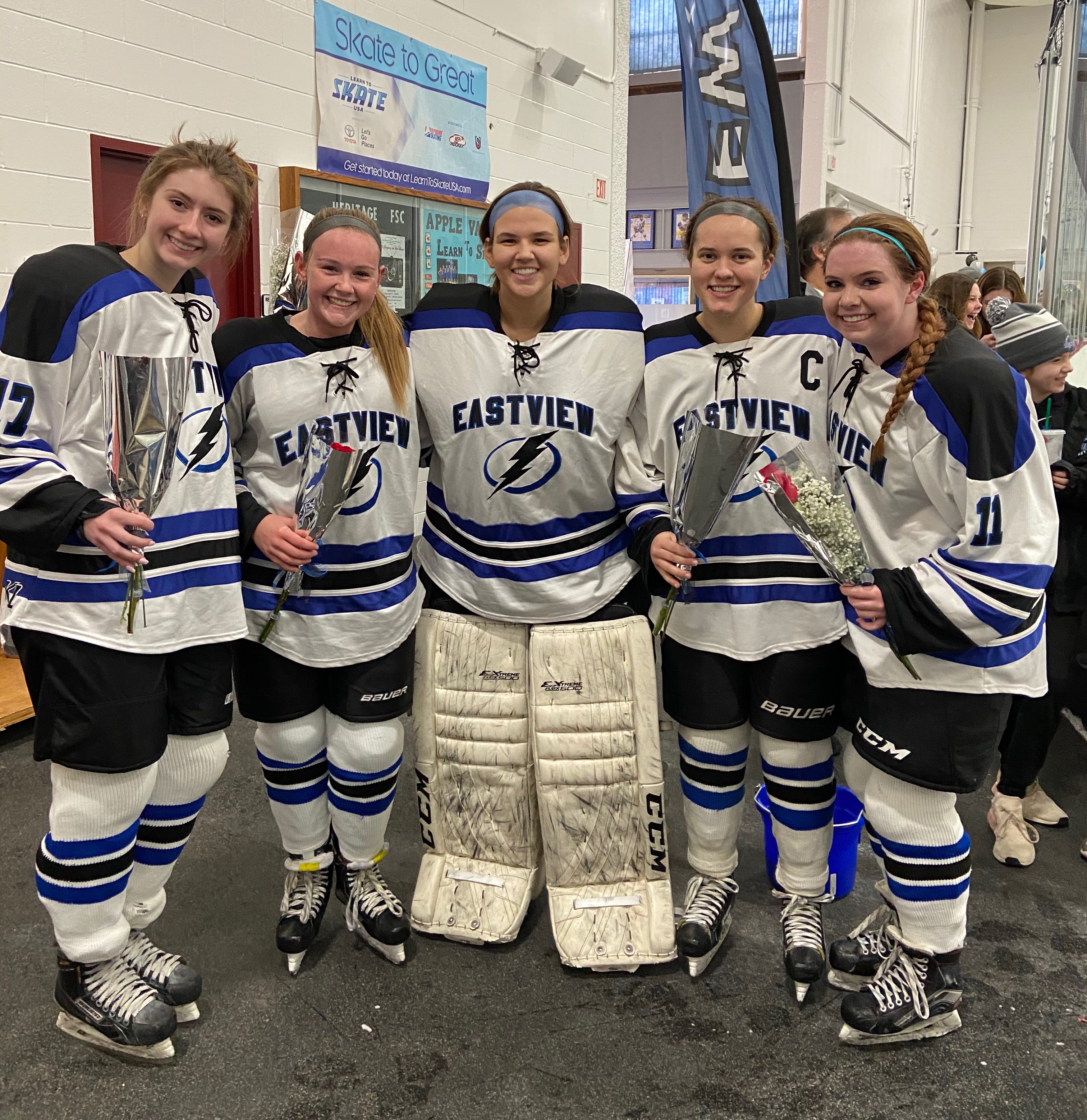 On Saturday, the Lightning closed the regular season and celebrated their 5 Seniors in resounding fashion, defeating Prior Lake 5-1 at AVSA. The Seniors received Eastview’s player of the game award!

The Lightning struck early and often, scoring 4 times in the first. Natalie Bordson started the onslaught at 2:20 when Nora Stepan found Mikayla Kelley on the sidewall and Kelley fed a sweet pass across the slot to Bordson on the backside where she buried the puck in the back of the net. At 6:13, Stepan fed Bordson at the left circle. Bordson moved to the net and hit Chloe Benadum at the edge of the crease where Benadum tickled the twine. At 8:08, Laney Dwinnell carried the puck out of the Lightning’s zone and hit Betsy Bjerke who was flying at the red line. Bjerke carried the puck into the Lakers’ zone and fed Jessica Wilhelm in front of the net where she stuffed the puck past the goalie at the near post. Finally, at 9:46, Kelley intercepted a Lakers’ pass at the point, moved toward the net and found Avery Chesek at the edge of the crease for the tap in. The Lakers scored late and the period ended 4-1. Shots were 17-12.

There was no scoring in the second. The shots were 25-18.

At 2:15 of the third, Kelley had the puck deep in the Lakers’ zone and moved it to Larissa Hafley at the point. Hafley found Chesek at the right circle and Chesek drove to the net and pin-pointed a laser past the Lakers’ goalie. The final score, 5-1, shots 39-24. Lauren Johnson was strong in the net for the Lightning.