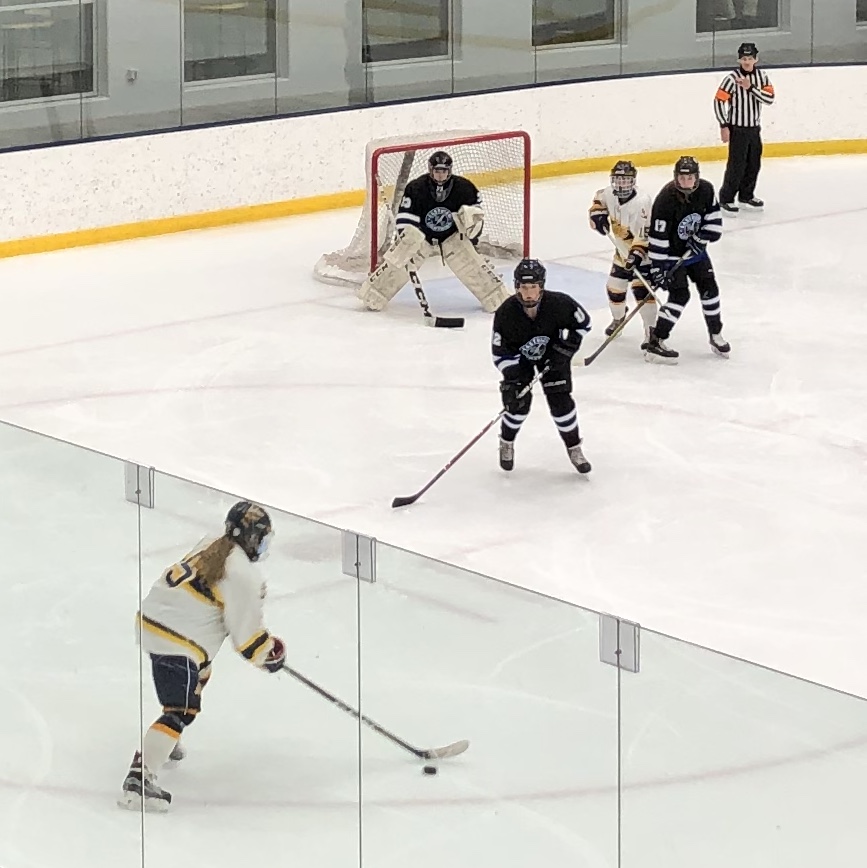 The Girls Varsity Hockey team came into Prior Lake on Thursday and sailed away with their second consecutive 4-1 victory. After a scoreless first period, the Lakers scored scored early in the second. However, Mikayla Kelley netted the first Eastview goal and knotted the game at 1 with 48 seconds left in the period. Avery Chesek and Natalie Bordson provided the assists. In the third, Chesek got the second Lightning power play goal of the game on an assist from Chloe Benadum, Kelley tallied the second short-handed goal in as many games, and Brynn Swenson got a garden variety goal on an assist from Jessica Wilhelm. Lauren Johnson made sure that 23 out of Prior Lake’s 24 shots did not land in the net. While the movie “Jaws” scared a lot of people out of the water in the 70s, the Lightning skaters were definitely #NotAfraid of the Lakers.