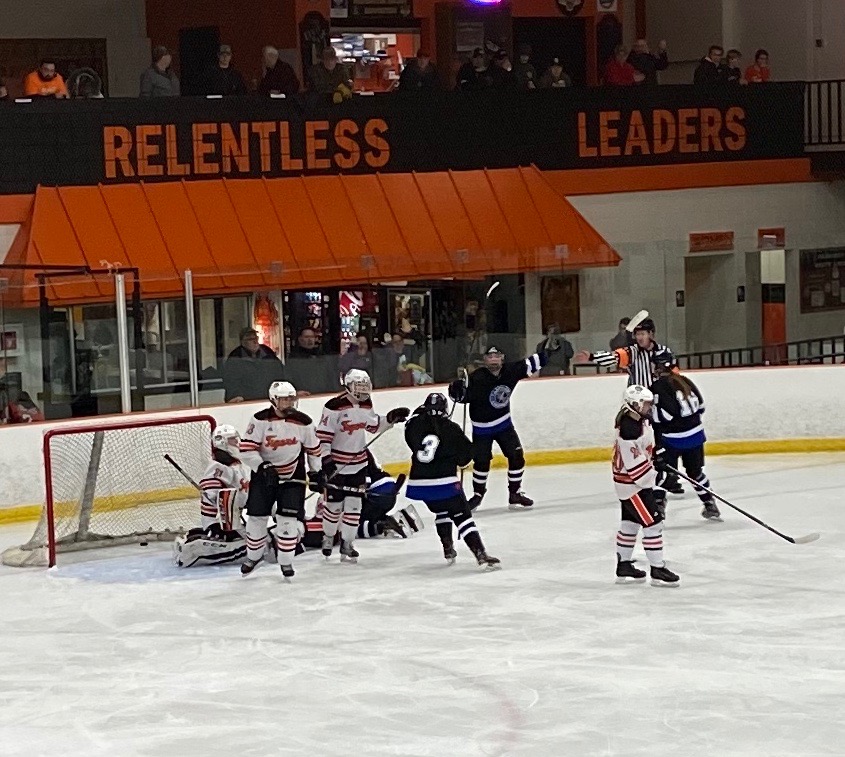 Avery Chesek Scored 4 goals to pace the #18 Lightning to a 5-4 road victory over #16 Farmington. Chesek earned Eastview’s player of the game for her effort.

The Lightning capitalized on the power play at 8:21 of the first to make it 1-0 when Nora Stepan buried one from the point off a feed from Mikayla Kelley. The Lightning struck again on the power play at 11:49 when Stepan found Chesek at the edge of the crease and Chesek slammed it home. Natalie Bordson assisted on the second goal, as well. With less than a minute in the first, Chesek stole the puck in Farmington’s zone and made it 3-0 at the break.

Farmington scored at 3:50 of the second period to make it 3-1, but Chesek quickly returned the lead to 3 when she converted off a beautiful pass from Bordson at 5:22, again on the power play. Farmington trimmed the margin to 4-2 at 13:29 but Chesek again made it a 3 goal game at 14:51, putting home a rebound off a great shot from Kelley. Larissa Hafley also assisted on the goal that made it 5-2 Lightning after 2.

The pace was fast and furious throughout, but no more so than in the 3rd. Farmington notched two goals but could not catch the Lightning. Lauren Johnson turned away 19 Tiger shots for the win. The victory puts the Lightning at 14-4-2 on the season. Next up, a showdown with # 13 Lakeville South at Hasse Arena on Saturday night. JV: 5:00 Varsity at 7:30. #ChallengeAccepted Go Lightning!!