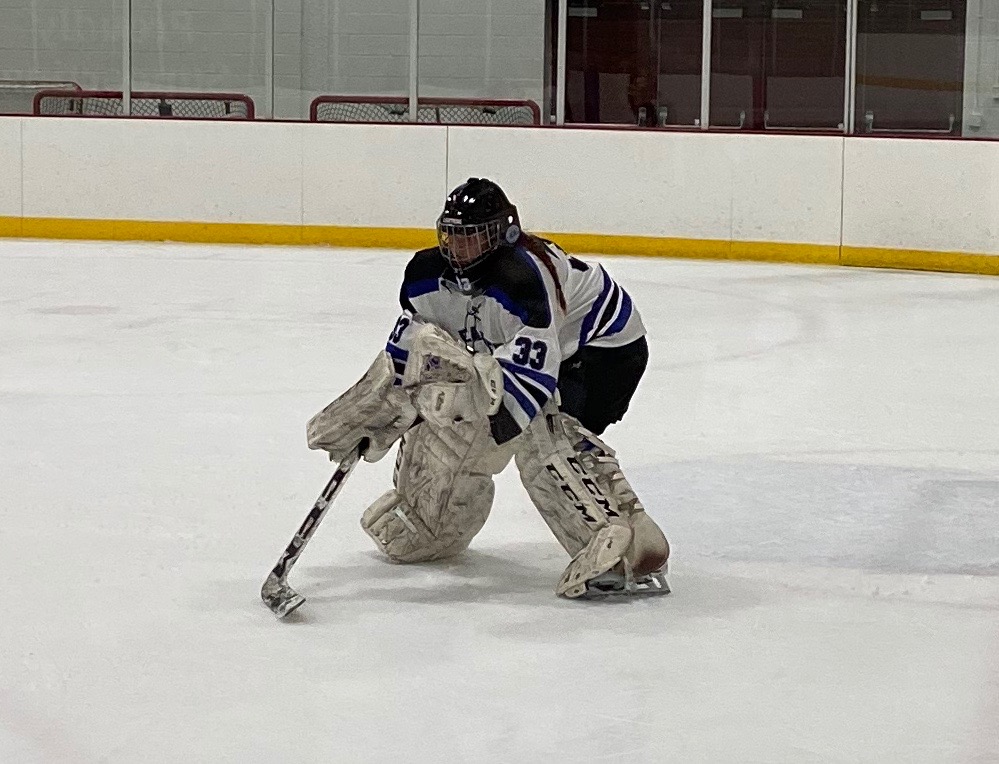 Lauren Johnson was stellar in the net, turning away 40 shots, and leading the #18 Lightning to a 3-1 victory over #14 Burnsville. Johnson earned Eastview’s player of the game for her effort.

The Lightning controlled the first period, outshooting the Blaze 17-6 and generating many scoring chances. At 15:59, they finally broke through when Avery Chesek took a sweet pass across the slot from Mikayla Kelley and found the upper corner. The period ended 1-0 Lightning.

Eastview quickly added to its lead at 2:33 of the second period when Nora Stepan potted one from the point on the power play with assists to Kelley and Josie Ellingson. The Lightning struck again at 3:00 when Chesek scored her second of the game. After taking a pass from Natalie Bordson along the boards in Burnsville’s zone, Chesek cut hard to the slot, drew the goalie toward the middle of the net, and then beat her toward the near post side. Burnsville cut the lead to 3-1 at 6:24 and the period ended with the Lightning leading 3-1.

Johnson was a brick wall in the third, stopping 16 shots to preserve the win, 3-1.

Thank you to the teachers who attended for Teacher Appreciation Night and to the Eastview Pep Band who brought enthusiasm throughout the game!

The victory moves the Lightning to 15-5-2 on the season. Next up, the girls travel to Shakopee on Saturday, January 25, for an afternoon tilt with the Sabres. JV: 2:00 and Varsity at 4:00. ChallengeAccepted Go Lightning!!