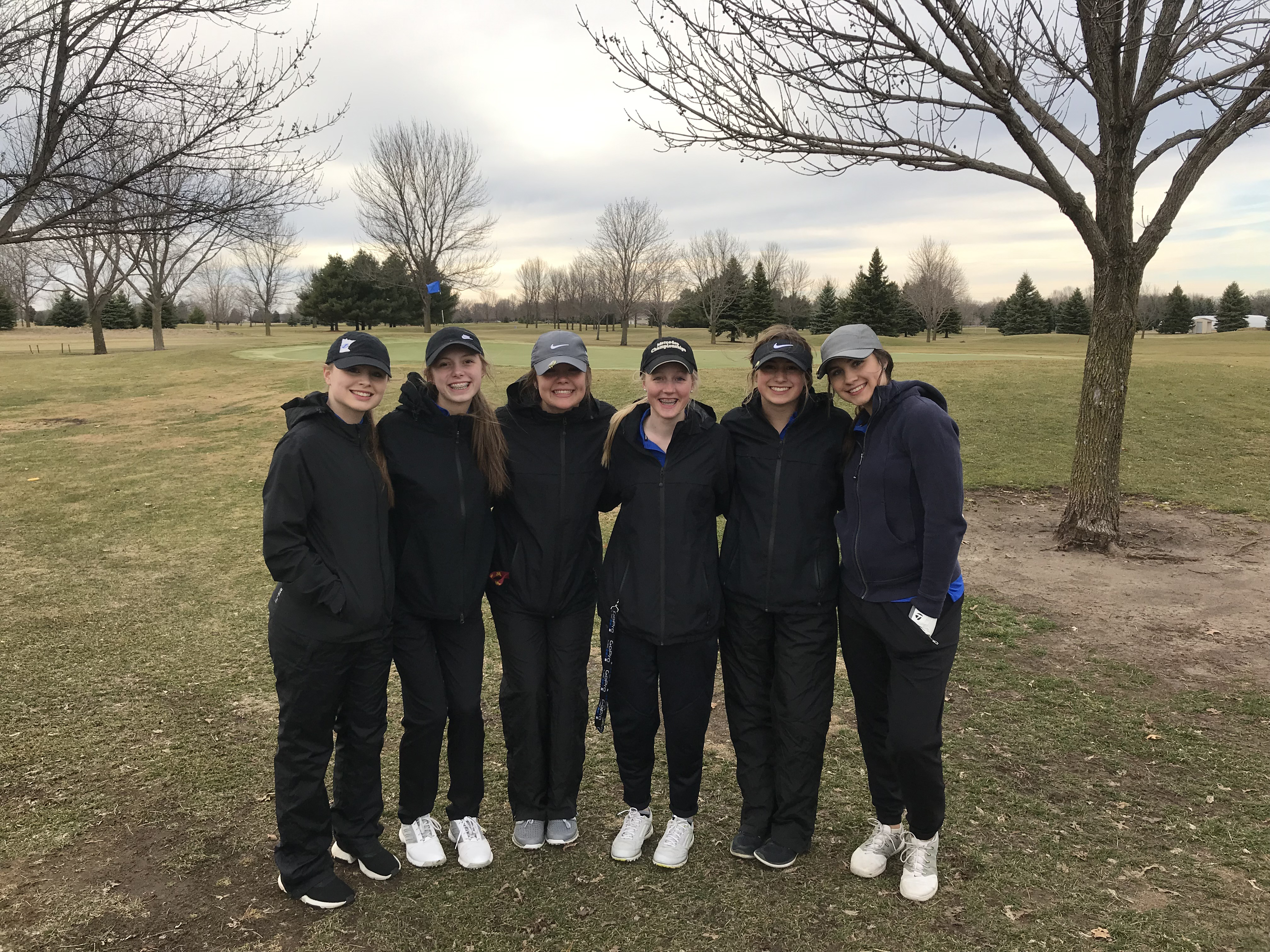 The Eastview JV Girls Golf Team played in their first dual of the season on April 9th at Emerald Greens against perennial powerhouse Rosemount. In temperatures barely above freezing, the girls battled the weather and a great team from Rosemount. Kyra Stepan led Eastview with a 49, and newcomer Kennedy Brom brought in a 52. Overall, the girls shot well for their first time out, but Rosemount was not to be denied. Their next match will be on Tuesday, April 16th against Lakeville South.