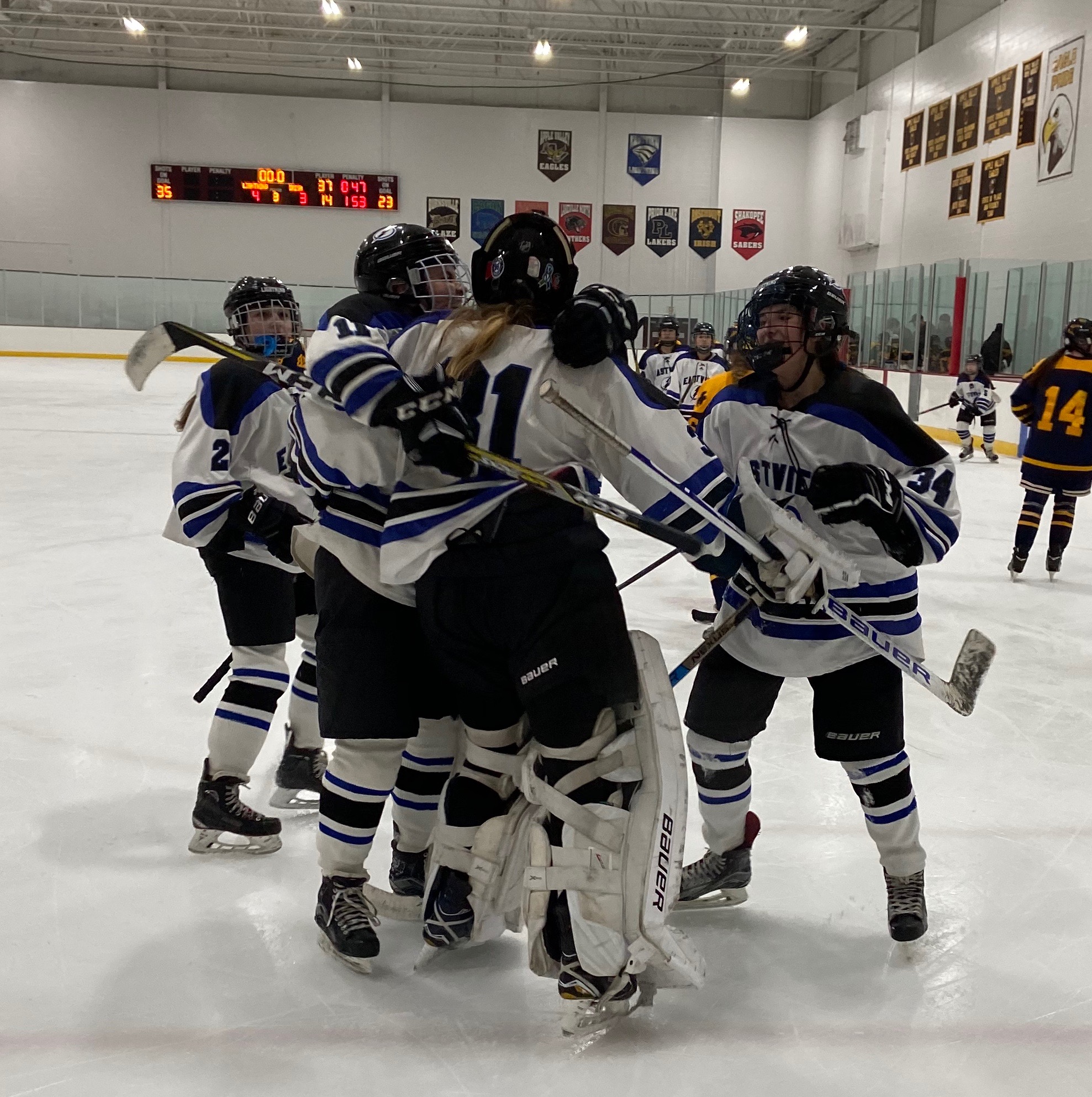 Cady Schlundt puts Eastview on the board early in the first period but Rosemount quickly responded with a goal. A goal by Chloe LaPlant puts Eastview in the lead to end the period. Rosemount ties it up in the second. Two power play goals in the third period one by Emma Tritschler with assists to Meredith Droege and Mackenzie Luce. The second power play goal goes to Carly Johnson with the assist from Droege, giving Eastview the win. Shoutout to Mackenzie Henning in her goaltending debut with 17 saves.