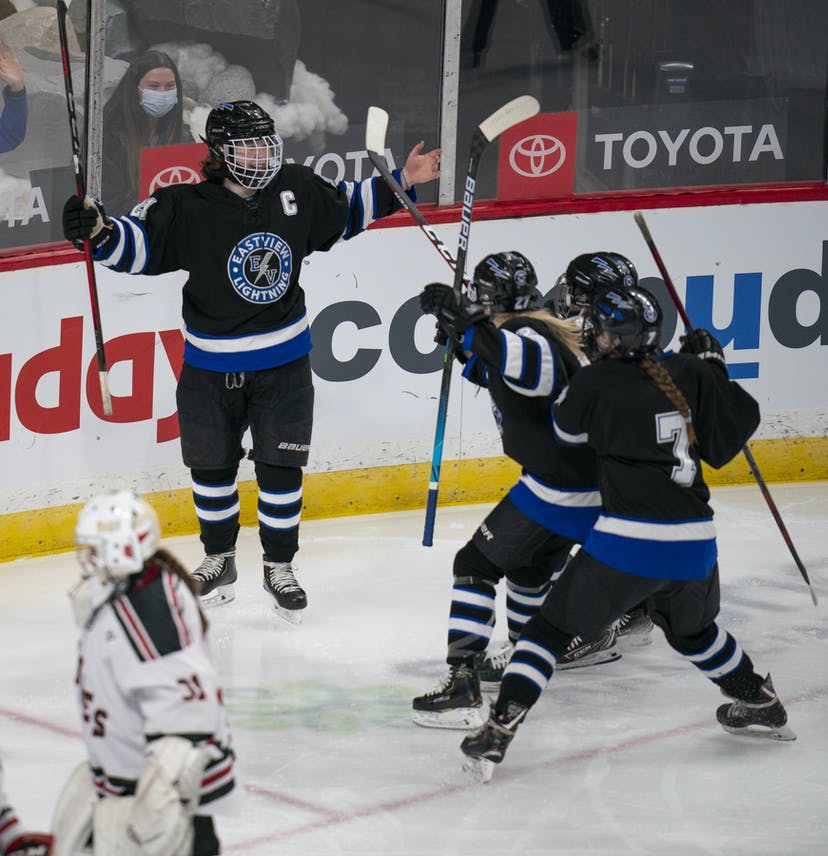 On Saturday, March 27, Eastview returned to the State Tournament for the first time since 2017. The Lightning took advantage of their chance to be there.

Junior Angie Lombardi was stellar between the pipes, turning away all 28 Stillwater shots, and the entire team played with incredible effort and heart to keep the Ponies at bay. The great defensive effort was enough to make the lone goal of the game stand. At 1:50 of the opening period, senior Brynn Swenson fed a pass from the center line back to junior Nora Stepan. Stepan took the puck from the Eastview blue line, moved across the ice toward the right point of the Stillwater zone and, just before entering the zone, fired the game-winner over the goalie’s right shoulder.

The teams battled evenly throughout. After one, the shots on goal were 10-10. After two, they were 18-17. Stillwater played with desperation late in the game and outshot the Lightning 11-6 in the third, but Lombardi and her teammates were up to the task. Final shots were 24-28. The win moves Eastview’s record to 16-4-2.

Next up: Eastview’s first-ever trip to the State Semifinals where they will play defending champion and #1 seed Andover. The game is Thursday, April 1 at the X. Puck drop: 8:00 p.m.