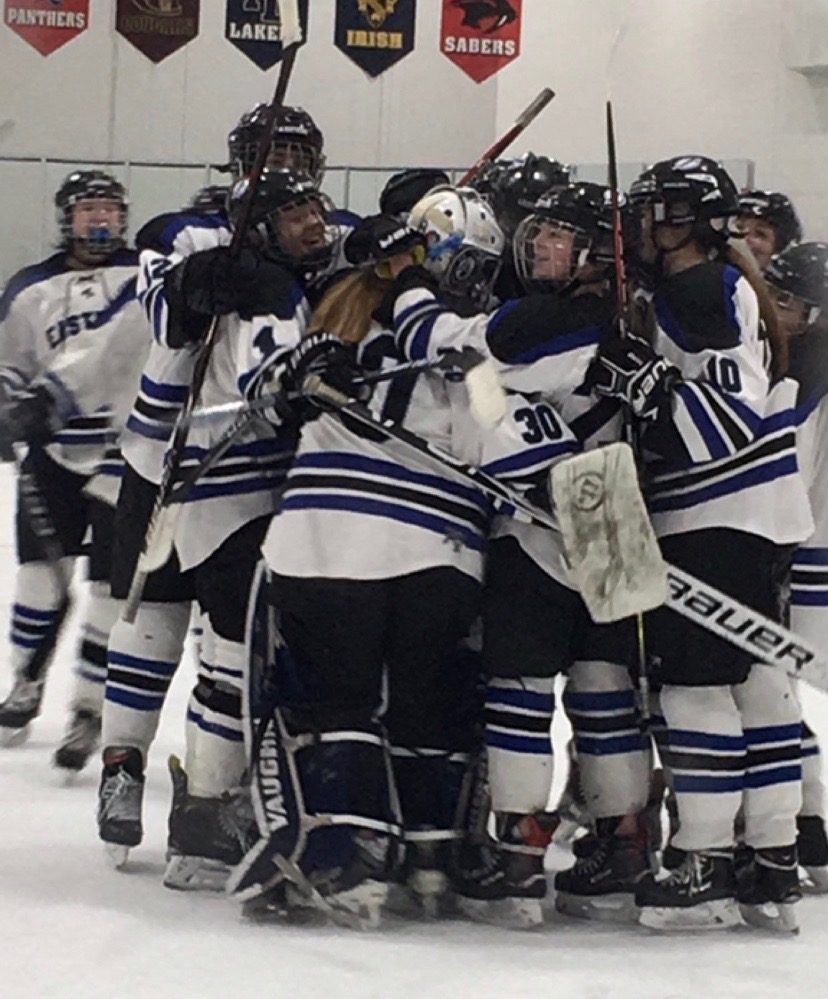 Angie Lombardi recorded a 19 save shutout to lead the Lightning to a 3-0 victory over Rosemount. Lombardi earned Eastview’s player of the game for her effort.

The Lightning got on the board at 15:47 of the first when Natalie Bordson found Nora Stepan in the slot and Stepan buried a low shot in the back of the net.

At 1:23 of the second, Mikayla Kelley made it 2-0 Lightning when she jumped on a loose puck in the Irish zone, made a terrific move to the front of the net, and went top shelf while falling to the ice. Less than 2 minutes later, at 2:56 of the second, the Lightning capitalized on the power play to make it 3-0. A beautiful tic-tac-toe from Kelley, to Bordson, to Josie Ellingson who slammed the puck home from the edge of the crease.

The Lightning controlled the balance of the game outshooting Rosemount 11 to 5 in the third and 35 to 19 for the game. The win moves the #18 ranked Lightning to 13-4-2 on the season. Next up, the Lightning travel to Farmington on Tuesday, January 14, to battle the #16 Tigers. The JV plays at 5:00 and the Varsity at 7:00. #ChallengeAccepted Go Lightning!