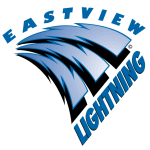 The JV Girls Basketball team beat Lakeville South on Friday night by a score of 50-35.  Claire Pepin played excellent defense and led a balanced scoring attack with 9 points.  Lauren Machacek and Robyn Dayton were also very active on the defensive end and the boards.  They had 7 rebounds each and had 7 and