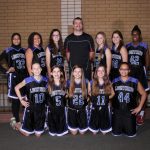 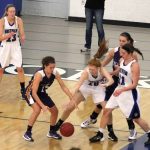 Updates from Breakdown Tip Off by Chuck Thompson: Game four on Lindbergh Center’s main court at the Breakdown Tip-Off Classic featured Eastview and Chaska. After earning a big first-half lead, the Lightning held on for a 52-50 victory. Last season, Eastview was 29-3, while Chaska finished at 21-8. Two of the state’s top players were

The Lightning got up 8-0 after two periods and went on to a convincing 9-2 victory!  The squad takes on a tough Burnsville squad on Tuesday night (12/10) at Burnsville.  Come cheer them on!

Sport Dance Varsity Place 1 Points 4 Game Recap The Eastview Varsity Dance Team took home another win at the 2nd SSC High Kick Meet of the season. The team scored a perfect rank score of 4 and a total of 485/600 total points. 14 seniors were also recognized for their leadership to the team

Sport Dance JV Place 1 Points 4 Game Recap The JV Lightning Dance Team kicked off their season with a strong 1st place win at the South Suburban Conference meet tonight at Apple Valley. The team finished with perfect ranking score of 4, receiving the highest score in their division from each judge. Box Scores 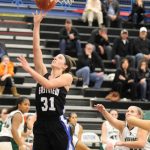 Sport Basketball Varsity Girls Home Score 40 Away Score 31 Game Recap Lightning Girls Hoops rallies from down 10-0 to start the game for a hard fought 40-31 win over Section 3AAAA rival Park in the home opener. It is the only Lightning Girls Hoops game on their home floor until mid-January. These two teams