The Lightning Dance Team had a weekend and season that could simply be described as perfect.  They went undefeated all season long in every competition in both Jazz and High Kick and had their best performances of the year with scores that were off the charts at the Target Center on Friday and Saturday.  Their High Kick performance on Saturday night had the entire Target Center on their feet including fans from all schools in the AA as well as the AAA competition.  On Friday night the team claimed their 5th Jazz state title in school history and on Saturday they won their 12th High Kick state title in school history.  In addition, they kept their streak alive of qualifying for state every year the program has been in existence and for the 18th straight year qualified for Finals (top 6 in the state) in BOTH Jazz and High Kick…..something no other program in the state has done.  Grace Kisch and Irene Boese were named to the Wells Fargo All Tournament High Kick Team.  Morgan Peterson and Sophia Hedlund were named to the Wells Fargo All Tournament Jazz Team.  Congrats to the entire team on another incredible season and a big thanks to the five seniors Irene, Karli, Sophia, Grace and Morgan on your outstanding careers! 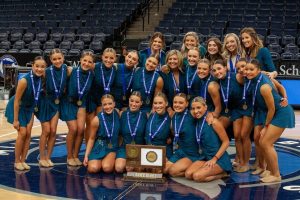 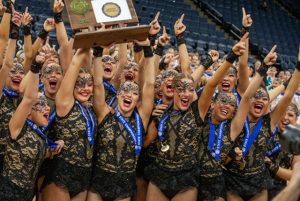 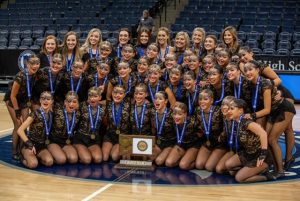 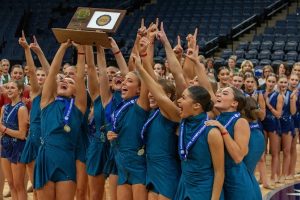 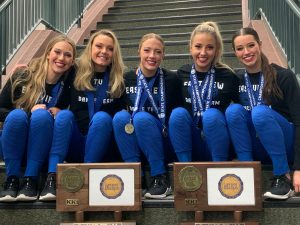