On an absolutely beautiful and sunny February day the Eastview Nordic Ski teams competed in their Section Tournament at Hyland and the Eastview Alpine Ski teams competed in their Sections at Buck Hill which officially began the start of our Winter Sports Post-Season!  All teams and kids gave it their all on a long day of skiing.  There were some definite highlights including the Eastview Girls Nordic Team being crowned Section Champions for the second year in a row and headed back to State for the 7th straight year!  They will compete at Giant’s Ridge in Biwabik next Thursday!  It was an incredibly tight race for 1st place and the girls picked the right day for their best races of the season!  Scoring points for the Lightning were Seniors Gabby Kraemer (2nd Overall), Josie Roberts (9th) and Claire Nack (13th) along with 8th Grader Emily Percival (17th).  Others skiing today for Eastview were Junior Mara Ristow (31st), Senior Darby O’Neil (35th) and Freshman Sonja Olson (37th) and Varsity alternates included Junior Kate Helou, Sophomore Ava Kerndt and 8th Grader Liza Kerndt.  Congrats to all team members on a fantastic accomplishment!

In addition to Girls Nordic being Statebound, Boys Alpine Ski Team member junior Ryan Whalen finished 9th and is headed to State as an individual and will compete at Giant’s Ridge in Biwabik next Wednesday!  Congrats to all involved on all four of these teams on fantastic seasons and good luck to those heading to State next week! 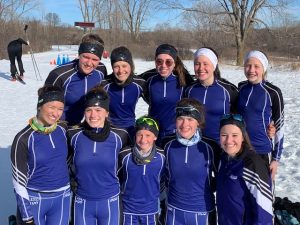 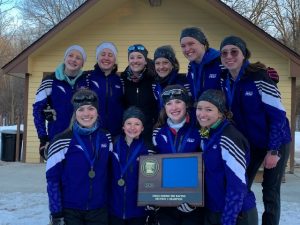